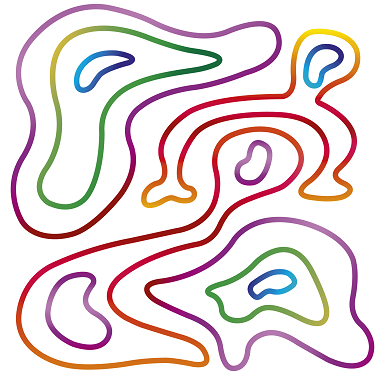 In April 2022 the fully processed data was purchased by Cornish Lithium Ltd (“Cornish Lithium”), an innovative private British mineral exploration and development company, who are focused on the sustainable extraction of lithium and other battery metals in the significant mining district of Cornwall, UK.

“Bell Geo’s Full Tensor Gravity Gradiometry (FTG) has been used successfully for energy and mineral exploration all around the world. We believe it now has an important role to play in locating more critical minerals and geothermal heat sources in Great Britain. We were able to make use of one of Bell Geo’s aircraft to help evaluate Cornwall’s potential resources by acquiring some new data whilst in the county.” John Macfarlane, Executive VP Bell Geospace.

Cornish Lithium is actively exploring for lithium in Cornwall.  The county has been historically mined, but has not benefited from extensive mineral exploration in the modern era using advanced geophysics. “Battery metals such as lithium are critical to the energy transition. Under the UK Government’s Critical Minerals Strategy, the UK is, where possible, seeking to source these metals domestically to underpin battery manufacturing in the UK and ensure the raw materials we all use are sourced responsibly. The dataset from Bell Geospace is the first of its kind in Cornwall and will help to further our understanding of Cornwall’s geology. Subtle changes in rock density allow us to identify the best sites for further work to find these important metals.” Dr Chris Yeomans, Research Manager, Cornish Lithium.

The new FTG data complement the existing Tellus South West airborne magnetic and radiometric data collected in 2013 and 2014 by the British Geological Survey and its partners. Combined, these geophysical datasets will enable a greater understanding of the subsurface in southwest England.

About Bell Geo
Bell Geospace, a company with offices in UK, Houston and Malaysia owns and operates aircraft which have been especially modified for geological mapping. The company has over twenty-five years’ experience in geophysical surveys and is particularly renowned for acquiring and processing high quality Full Tensor Gravity Gradiometry (FTG) data.

About Cornish Lithium
Cornish Lithium is a highly innovative mineral exploration and development company focused on the environmentally sustainable extraction of lithium from geothermal waters and hard rock in the historic mining district of Cornwall. The Company has secured agreements with the owners of mineral rights over a large area of the County and is using modern technology to re-evaluate the region for its potential to produce lithium and other vital technology metals in a low carbon and low impact manner. A secure domestic supply of such metals is considered vital to the industrial strategy of the UK as it moves towards Net Zero 2050 and the production of electric vehicles.

Readers may also add a comment or question using the form below.  Please note that a comment posted using this form will be public.