Ternary imaging—a new development in FTG interpretation for the 2020s. 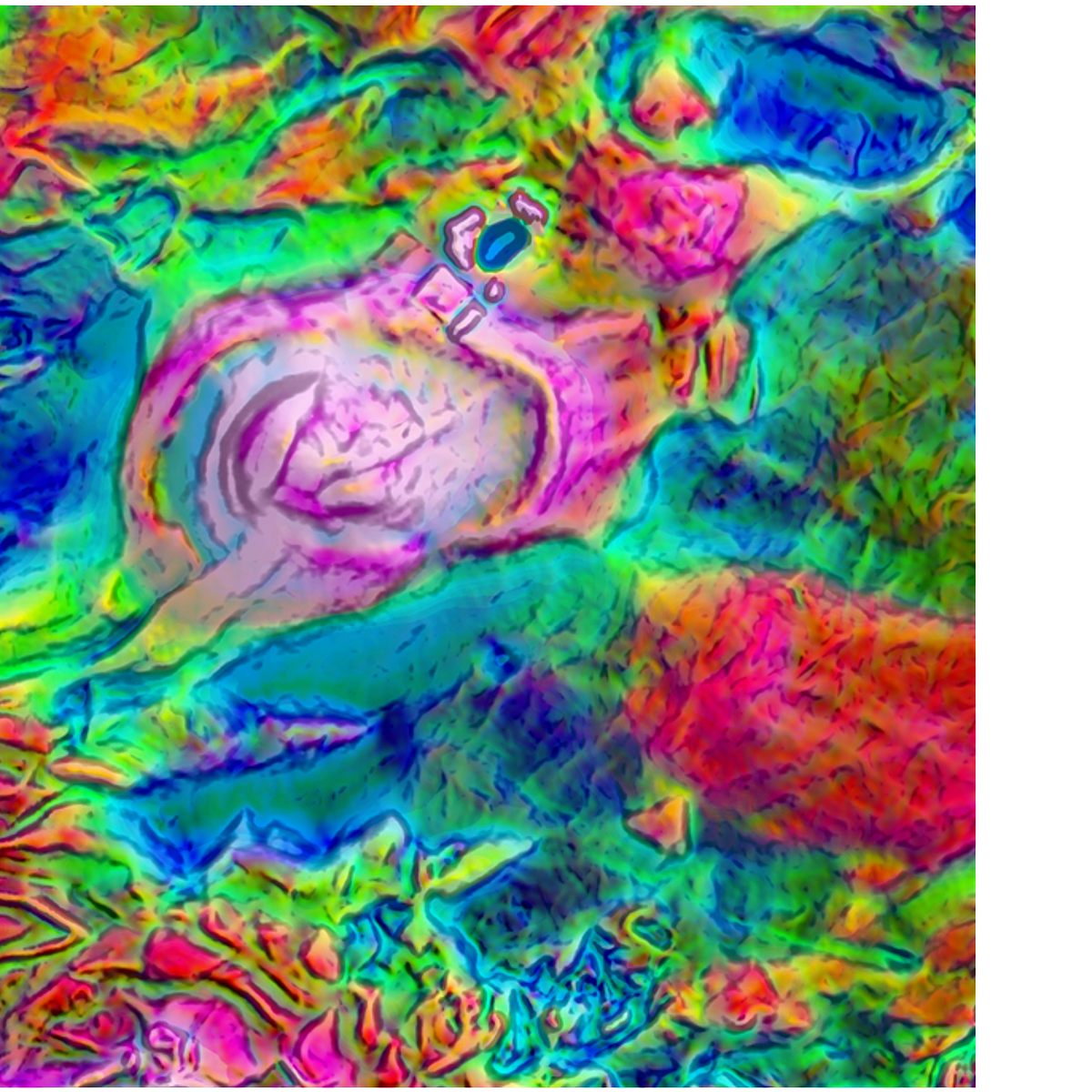 RGB—or Red Green Blue—imaging allows the intermixing of these three primary colours to produce pattern maps. Shades of colours range from bright white to various hues of the primary colours depending on the combined anomaly magnitude.

For example, an equal mix of red, green and blue will produce a composite colour that is white, whereas a disproportionate mix of blue and green will produce colours from cyan to yellow.

For FTG, we colourise the three primary elements of the tensor with Tzz set in shades of red, the THC in shades of green and the THG in shades of blue. The resultant tensor image displays a range of colours where the tensor information depicts geology.

For example, low density rocks generating a negative response for Tzz but with high curvature and variable gradient (e.g. s-type granites or sedimentary basins) will yield green to cyan colours.

On the other hand, fault blocks or igneous intrusives with their higher density yielding positive Tzz, curvature and gradient responses will show yellow to white colours. Contact lineaments are best captured as zones of high gradient and will display as blue to magenta colours.

The image above shows the impact of RGB ternary imaging for geological interpretation from full tensor anomaly data.

Gravity from the Tensor

The impact is immense as this reliably retrieves the gravity effect of density contrasts, generating tensor anomalies sourced in the shallow to intermediate depth range on underway surveys.

The gravity field generated is inherently more stable than a mere vertical integration of the vertical tensor component, Tzz, as it includes the contribution from all components in its generation.

Tensor data are displayed with gravity data to assist with interpretation. However, displaying a semi-transparent overlay of the gravity data on the full tensor anomaly map provides a 3D perspective to better visualise source-depth concepts. The image below is one such display.

The gravity anomaly field retrieved from the FTG data is overlain with semi-transparency to resemble a draped overlay on the full tensor anomaly map.

The tensor anomaly field depicts their structural complexity providing perspective in terms of both depth and content.

The overlay below shows the value of working with FTG data because tensor data resolves structural complexity that is often not understood when just working with gravity data alone. 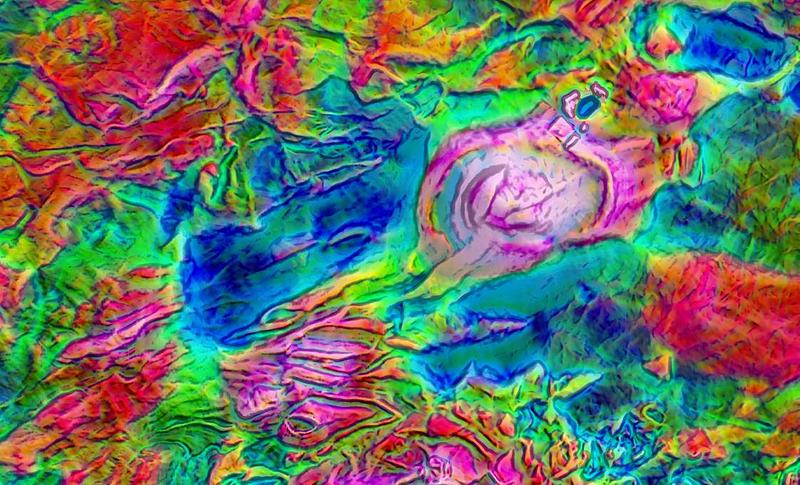 A free feasibility test to explore your options

Find out if a Bell Geo survey is right for your project. Predict the usefulness of FTG / Mag data. Receive inferred results, pricing and time frames.