A Q&A with the Author 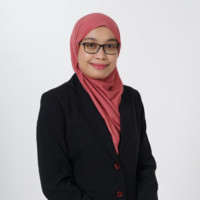 A paper based on the Air-FTG and aeromagnetic data interpretation for Central Luconia Province, off the coast Sarawak, offshore Malaysia was published in Special Issue Evaluation of the Crustal Structure, MDPI Applied Sciences Journal. The paper shows how to utilise the airborne gravity and magnetic data for structural interpretation within Central Luconia area and is titled Shallow vs Deep. Subsurface Structures of Central Luconia Province, Offshore Malaysia Revealed by Aeromagnetic, Airborne Gravity and Seismic Data.

Q - Why did you write the paper?

Across the Luconia continental shelf, the nature and structures of the crust are lacking geological understanding and precise characterisation. We wished to utilise newly acquired, aeromagnetic, and airborne gravity data and see if it was possible to assess deep and shallow sub-surface structures within the Central Luconia Province, off the coast of Sarawak, offshore Malaysia. Our purpose is to utilise the high-resolution FTG data in improving the regional structural understanding of this region.

Q - Is this paper written from the PETRONAS / Bell Geospace MultiClient data set?

This paper is written based on the proprietary FTG data set acquired by Bell Geospace in 2014 over Central Luconia and Tinjar Provinces. We did not use the MultiClient data set. With this proprietary data set, we developed a promising workflow to interpret the FTG dataset (including the MultiClient data) particularly utilising the depth (Z) component and the aeromagnetic of the FTG. Albeit on a much smaller scale as compared to the MultiClient data, this workflow is proven to reveal convincing and significant geological interpretation that has added the value for the crustal and structural understanding of Central Luconia Province. Thus, this conceptual workflow can be applied to the available multiclient data in the region.

Q - Why does airborne data shed new light on this famously conjectural area?

Airborne gravity and aeromagnetic data provide high-resolution gravity and magnetic data as compared to the conventional gravity. The advantage of having X, Y and Z components with their respective tensors allows the examination of the subsurface from various perspectives.

Central Luconia is dominated by widespread carbonate build ups, coupled with heterogenous siliciclastic sediments. The variation in density of the sediments in the subsurface of Central Luconia provides good penetration of the FTG and provides high resolution data.

Most geoscientists working in this area had difficulties to interpret the geology underneath the carbonate build-ups due to undesirable geological imaging in conventional seismic. With the combination of FTG gravity and aeromagnetic data along with the seismic data in Central Luconia, we were able to image the potential subsurface structures underlying the carbonate build-ups. This has most definitely added the value of more geological understanding in this highly prolific hydrocarbon exploration area.

Q - What is the importance of understanding the trends in the shallow vs the deep?

By being able to differentiate the trends in the shallow and the deep subsurface of Central Luconia, precision in the geological understanding of the area has been improved.

The shallow subsurface, as reflected by the depth (Z) components of the airborne gravity is able to predict and conceivably locate the possible top carbonate areas that has never been explored previously. These carbonate build-ups might be some older Cycle II or III limestone that mostly been detected through seismic amplitude interpretation but has not yet been confirmed by any drilling due to the uncertainty in its geometry, extend of distribution and the structures surrounding it.

The deep subsurface structures mainly interpreted on the long wavelength gravity data provides a view of the extension of the structural trends in the subsurface of Central Luconia. The structures can be categorized into pre, syn or post rift related, depending on their trends and estimated depths. Aeromagnetic data of Central Luconia compliment the deep subsurface interpretation in Central Luconia by providing a hint of how the crystalline (magnetic) basement in this area behave and relate them to the tectonic evolution of the Luconia-Dangerous Grounds continental shelf. The crystalline (magnetic) basement in Central Luconia remains perplexing and speculative until present.

Q - How intricate/complicated are the interpretation methods in the paper? How much of an expert does one need to be to be able to work with this type of data

The interpretation method applied through this paper is straightforward. However, an interpreter who wish to achieve the same objectives is preferably to be equipped with strong geological (particularly structural and tectonic) and geophysics knowledge.  Substantial geophysics background/fundamental is also required to distinguish how gravity, aeromagnetic and seismic data were acquired and processed. This is crucial in order to differentiate the artefacts/noise with the potential real geological information in these geophysical data.

Q - Could an exploration manager use the information in your paper to make drill decisions?

To be able to make drilling decision, the results from this paper should be further evaluated by analysing more seismic and deep seated well data, particularly the sonic and density logs. This paper help to provide a bigger view on the geology of Central Luconia and more data is needed to develop the potential drilling locations.

Q - What’s the one thing you would like readers to walk away with?

The advancement of geophysical data as FTG gravity and aeromagnetic data should not be wasted by the non-geophysicist (geologist and engineers). These data contain tremendous geological information, and many of them, has yet to be revealed. All of them are valuable and should be incorporated in delineating the geology on an area.  As such, this paper serves as an example on how the geophysical data give advantage in improving the geology of an area.

The paper is available to download from the Bell Geospace site or directly from the publishers at  https://doi.org/10.3390/app11115095

Read more about the Malaysia Data from Bell Geospace?

Much more information regarding the Malaysia data can be found on the Bell Geospace webpage.

Please do feel free to send questions to the author or the Bell Geo team using the comments box.